Home » News » Columns » Brent Pry’s Penn State Defense is Starting to Look Like Itself (But is He?)

Brent Pry’s Penn State Defense is Starting to Look Like Itself (But is He?) 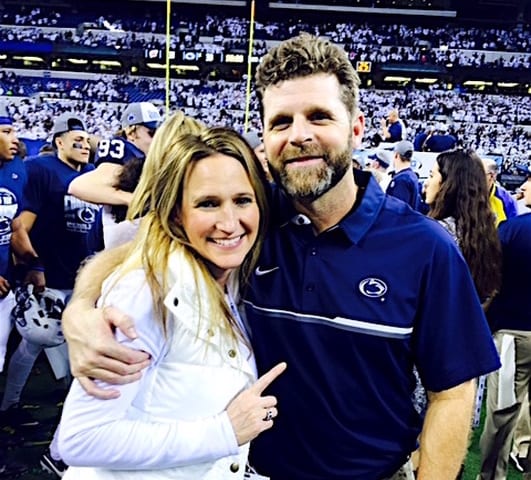 Penn State’s defense is starting to look like itself.

After giving up a school-record 30 or more points in five consecutive games to start 2020, the Nittany Lions have yielded just 24 points in their last eight quarters — 17 vs. Michigan and 7 last week vs. Rutgers.

No surprise that Penn State won both games.

Coupled with its best showing of the season, Penn State’s defense last week held Rutgers to that single TD — a stark contrast to the 27 Rutgers scored against Ohio State and Michigan State, and the 42 they hung on Michigan.

Even more impressive, Rutgers’ offense gained zero or negative yards on 24 of its 64 plays against the Nittany Lions — a hearty 37.5%.

We weren’t perfect, though; we still make mistakes in that game.’

Pry’s Guys have come on just in time: The Nittany Lion offense is struggling to average 25 points per game, while coughing up the ball over with such regularity that opponents have turned Penn State’s 15 turnovers into 58 points — including three TDs coming against the offense.

Meanwhile, the Penn State defense — which on noon Saturday in Beaver Stadium faces a Michigan State offense that is ranked 120th (out of 127) in scoring at 17 points per game — may be back to looking like itself.

Pry, on the other hand, looks a bit different.

Call it the Pry Pandemic Diet.

Or the Ohfer Hair Die Job.

The 50-year-old defensive coordinator — who has been at Penn State for James Franklin’s entire seven-year run, and was with him for three years at Vanderbilt before that — was calling in to Zoom on Thursday via his team-issued iPad. On screen, Pry had the trademark twinkle in his eye‚ enhanced by back-to-back wins and the fact that he was unmasked.

Pry, who through the years has toggled back-and-forth between having a beard and going clean-shaven, was in full beard mode Thursday and showing a bit more gray than usual (says a guy who can the same about myself).

I made note of it, sharing my observation with Pry.

In some ways, early in a very irregular season that started late, Pry’s defense — minus opt-out Micah Parsons and dealing with a new D-line coach and corresponding front-line philosophy — was unmasked as well.

There are reasons for that. In addition to Parsons, Pry lost to graduation figurative graybeards Cam Brown and Jan Johnson at the linebacking spots. Brown and Johnson each finished his career with 26 starts and had a combined 349 tackles. (Add in Parsons, and you are looking at a loss of 541 career tackles.)

Pry, who doubles as D-coordinator and linebackers coach, felt their absence acutely.

In their stead is a linebacking trio of Jesse Luketa, Brandon Smith and Ellis Brooks that entered 2020 with two starts. Combined (both by Luketa). No spring drills, no real summer camp, no time for the hands-on teaching of schemes and fundamentals hurt that group in a big way.

They are not the only young defenders who made Penn State fans restless. As it is, nine of the 29 Penn State players on Saturday’s defensive depth chart are true- or redshirt- freshmen. Another eight are redshirt sophomores or true sophomores.

So much youth, which has Pry even grayer.

Two other very tangible results were: a.) Bad losses, and b.) Bad tackling.

On the call, Pry was asked about the ‘pretty high-profile criticism of your team’s tackling.’

Pry’s reply, which was humble and honest and a bit funny (all Pry trademarks): ‘Yeah, the criticism probably started with me. That was some pretty shoddy tackling going on, just loose… there was just too much space, and not getting a good position to make the tackle.’

To compound matters, Pry admits now that he put too much on his young defense’s plate.

‘I think I jumped the gun a little bit,’ he admitted. ‘Without spring, and without a normal preseason camp, and without those preseason (non-conference) games, it was challenging…It was more challenging than I anticipated.

‘To be honest, I did a poor job. I should have scaled things back earlier…we were trying to do much, which compounded the issue. There’s no doubt in my mind when we scaled things back we started to see improvement, coupled with the guys’ approach and getting back to basics and fundamentals.’

As the Nittany Lions prepare for Michigan State, Penn State has announced per custom that a number of seniors will be honored, with conventional wisdom being that Saturday will be the last home game for, among others, D-linemen Shaka Toney, Shane Simmons and Antonio Shelton; safety Lamont Wade; cornerback Tariq Castro-Fields; and safety Jaquan Brisker.

Of course, nothing is conventional about 2020.

First, the Nittany Lions could be playing again in Beaver Stadium next Saturday, against an opponent likely to be named on Sunday.

And, according to Pry, ‘the conversation is on the table with everybody’ about seniors returning to Penn State for the 2021 season, since the NCAA is not counting this season against a player’s eligibility.

‘You know,’ said Pry, whose wife and three kids left State College before Thanksgiving, ‘it’s uncharted waters for all of us.’

To get a couple of those guys back on his defense?

For Pry, that would be something to (hair) dye for.