STATE COLLEGE — The signs read “Everything must go” at the Bon-Ton after the company announced it will be closing at the Nittany Mall, and some shopkeepers say they are wondering what is in store for the mall.

J.C. Penney left in 2015, and Sears closed its doors for good Jan. 24. Dunham’s Sports did open up in the former J.C. Penney location, but with Sears remains vacant and there currently are 18 empty storefronts.

Some of the newer tenants are not typical mall stores. Planet Fitness has been in the mall for three years, and the Centre Region Active Adult Center also is located there. The soon-to-open Dance Academy of State College is another example of the mall looking for different types of businesses to fill its storefronts. Some community events bring welcome traffic, but the loss of anchor stores looms large.

“With Sears gone, it was unlike any other week I ever had — very slow,” said Cathy Williamson, who with her husband owns Auntie Anne’s pretzel shop in the mall. She said she is unsure of how much longer she will be able to continue at this rate, unless something changes.

Williamson started as a manager at the store in 1993 before taking over as owner 11 years ago. She cannot remember a time with as little foot traffic as the week after Sears closed. With the retail giant no longer there, she said many people turn around before they get to her end of the mall. Near her stand are the Active Adult Center, Planet Fitness and a massage shop.

“Nobody is going to work out and then come eat a pretzel,” said Williamson. “The gym takes up four storefronts that used to hold stores that brought people down to this end of the mall. And I love the senior center and what they do, but they are not here to shop or spend money, because that’s not what they come here for.”

On Feb. 3, RC Dog’s hotdog stand closed on the other side of the mall. This is after the Old State Deli closed early last month, and Williamson hopes it is not a sign of things to come. She is hopeful that something will move into the empty Sears space soon, as she has been told by management that this is true, but she is unsure what it could be.

Across from Bon-Ton, Bradley’s Book Outlet has been in operation for 16 months. Manager Victoria Haid said Bradley’s is doing well, but she has seen a decrease in foot traffic in the wake of the recent store closures. She has seen the impact that online shopping has taken on malls and retail stores in general.

“We have seen the trend all around the state, so it is not just State College,” said Haid, noting that Bradley’s stores in other locations have seen similar patterns.

There is lots of talk about new tenants coming into the mall. A casino, a tractor store and a church are among the entities rumored to be possibilities for the facility.

Several attempts by the Gazette to speak with mall manager Polly Welch were unsuccessful.

The mall location is working out well for some of the newer tenants.

Planet Fitness is doing “great” at the mall, said manager Autumn Rosenberg. She noted that clients like the free parking and convenient location.

And, the Active Adult Center is growing every day, said volunteer Sandra Podgorski.

“Seems like every day we are getting new people in the door,” Podgorski said. “It’s easy to get to and there is free parking, so the location is working out great for us. Plus, if people want to take a walk, they can walk around the mall.”

With the big box stores like Sears and Bon-Ton closing at the mall, it adds to the challenge for other businesses.

“It’s a snowball effect, really,” said Haid. “First, there is online shopping. This may cause one of these big box anchor stores to close and that affects the foot traffic. So then another store has to close because there is just not enough business.

“Online shopping isn’t going anywhere, so we are going to have to find away to make it work, keep people coming into to mall.”

Haid said she hopes new businesses, like the Dance Academy, do just that. The mall holds events that bring in the public, such as antique shows and community events. These things are helpful, said Haid, because the more people coming into the mall, the more likely they are to shop.

The Get Air Trampoline Park was advertised as coming to the mall and Haid had hopes it would help bring people in, but the park has changed locations and will move into 2252 E. College Ave., State College, instead.

Haid and Williamson both have heard the talk about a potential casino coming to the mall, but they are unsure about how that will affect their businesses if it happens.

“I don’t care what comes into the mall, as long as it brings in some residual foot traffic, but I just don’t see how a casino would be beneficial,” said Haid.

At Auntie Anne’s, Williamson is trying to incorporate the new way people shop into her business. Grubhub will deliver her pretzels right to customers’ homes, and she does get some orders, but not enough to support her business.

So, she hopes that something comes to the empty storefronts soon, and that those entities bring hungry customers.

“Whatever comes to Sears, I just hope it brings people who want to buy pretzels,” said Williamson. 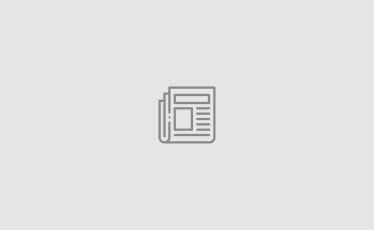