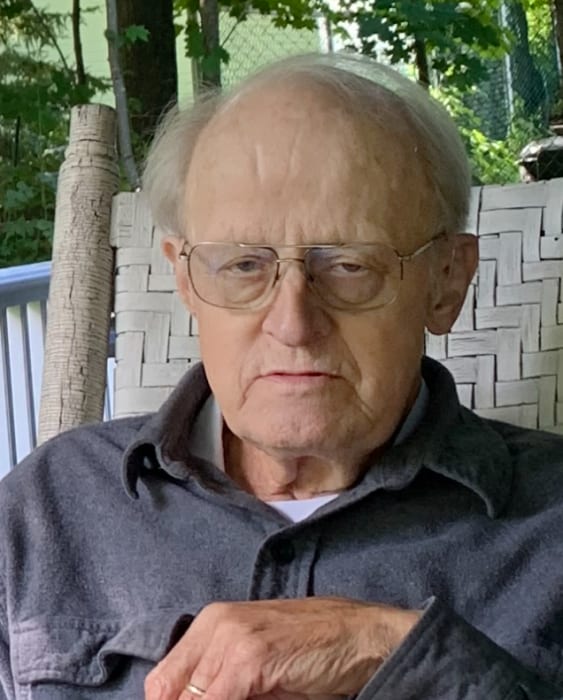 Jack proudly served our country in the U.S. Navy for ten years and then the U.S. Air National Guard.  He was employed as Supervisor HVAC Department of the State College Area School District, retiring in 2001.  He was a member of St. John’s Lutheran Church in Millheim and president of Fairview Cemetery Association.  Jack was a very active supporter of other community organizations such as the Centre Hall Lions Club and Millheim Lions Club where he had served as Past District Governor of multiple district 14 in 2004, a board member of the Northeast Eye Bank, past president of the board of directors of the Penns Valley Medical Center, a board member of the PA School Retiree Association and a member of the Penns Valley Men Chorus.  In his spare moments of time, he enjoyed gardening and traveling with Janet, especially spending time at their summer home in northern New Hampshire.  Most of all, Jack was very devoted to his family and loved time spent with them.

A Celebration of Jack’s Life will be held at 1:00 pm on March 4, 2021 at St. John’s Lutheran Church in Millheim with Pastor Curt Wingert officiating.  We respectfully ask that anyone attending please wear a mask and do your best to social distance.  Jack will be laid to rest in Stover Cemetery in Aaronsburg during a private family service to be held at a later date.  Contributions in his memory may be given to Centre Hall Lions Club, c/o Dave Downer, 450 Summer Mountain Road, Spring Mills, PA 16875.