James Franklin’s 100 Games and Penn State Contract: I Crunched the Numbers so You Don’t Have to Penn State Football: For Franklin, Pry’s Departure Leaves a Personal Void as Much as a Coaching One 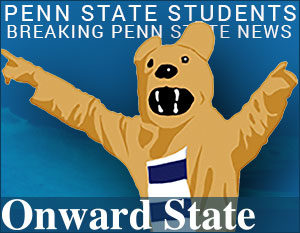 Another trip to Kinnick Stadium, another mind-numbingly improbable and idiotic loss to the Iowa Hawkeyes, one in which the home team’s fans, media, and coaching staff all inexplicably added bewildering insult to (actual) injury by commiserating over their victory with days of loud and clownish indulgence of baseless and silly conspiracy theories (with an uncharacteristically frank and fiery response from Coach Franklin).

Brandon, Kevin, Mailman, and Chris give their thoughts on Penn State’s road loss to Iowa and what it means for the team moving forward, including some counterintuitive insights from Kev about the crowd’s behavior in the moment versus the controversy that evolved afterward. The guys take advantage of the bye week to look back on the best and worst of the season thus and revisit their preseason record predictions for Penn State + Mike the Mailman looks ahead to some of next weekend’s best gambling plays in his weekly Trends to Treasure segment.

Entering its sixth season, The Obligatory PSU Pregame Show presented by The Happy Valley Adventure Bureau is a TV “tailgate” full of the fun, camaraderie, and passion – from joy to heartbreak and back again – that make Penn State football the healthy obsession of students, alumni, and fans. For every loyal Nittany Lion who can’t be there in person, it’s the next best thing: A weekly dose of Happy Valley to kick off the football weekend. The show’s lovable cast of loyal Penn Staters features former Penn State and NFL defensive tackle Brandon Noble, beloved campus icon Mike the Mailman, former Onward State managing editor Kevin Horne, and five-time Sam’s Club member Chris Buchignani.

Filmed from some of the most iconic college bars and recognizable locations in Happy Valley, each weekly episode features not just lively commentary on the games, but also tourism features, town and campus interest stories, visits to sites on the Central PA Tasting Trail, and some sports wagering tips from Mike the Mailman. Our show thrives because it is different. It is engaging because it allows viewers to enjoy a spontaneous, frivolous, and contagious peek into a world that feels an awful lot like four guys simply enjoying themselves while talking college football. The on-field exploits of the Nittany Lions are the focus, but the chemistry between the show’s hosts and the raw honesty stemming from their genuine love of school, team, and place are what distinguish Obligatory from the usual cookie cutter fare.

Can’t get enough? Enjoy weekly nonsense with occasional insights about Penn State, life in Happy Valley, and more on The Obligatory PSU Podcast — A Penn State podcast about Penn State (sort of). Trust us, you could definitely do worse.

JOIN OUR TEAM THIS FALL!

Sponsorship positions are still available for the second half of the 2021 season – get great value combining a unique, fun weekly football pregame show reaching over 45 million TV households in key markets throughout the Northeast and Mid-Atlantic and digital advertising at StateCollege.com and Onward State. Get your message to a desirable audience of loyal college football fans. Contact [email protected] today!