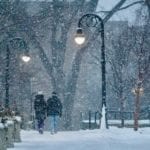 Penn State Football: Bowl Projections All Over The Map For Nittany Lions At 5-1, Penn State football sits just one victory away from bowl eligibility as the Nittany Lions look to bounce back from a 23-20 loss to Iowa two weeks ago. With Illinois on the docket for a weekend clash at Beaver Stadium, the Illini should provide Penn State with a small amount of respite before a brutal slog of games against Ohio State, Michigan and Michigan State over the course of late October through November.

Games against Maryland and Rutgers are on the schedule as well, but provide a slightly less daunting obstacle for the Nittany Lions than their fellow top 10 rated foes.

Of course, all of this is under the assumption Penn State is soon to receive the services of quarterback Sean Clifford, who missed the second half against Iowa with an undisclosed injury and was not seen practicing with the team this past Wednesday. Coach James Franklin did not offer any substantial information about Clifford’s longterm status when speaking to the media.

Nevertheless, optimism about Clifford’s availability for the bigger games ahead on Penn State’s schedule — assuming backup Ta’Quan Roberson can guide the Nittany Lions to victory on Saturday — still leaves the door open for plenty of solid bowl destinations. StateCollege.com has collected many of the most noteworthy projections, with trips to Florida, California, Arizona and Georgia all on the table.

Penn State would get to face former Nittany Lion receiver Justin Shorter and a solid brand name in Florida.

No game that involves coach Lane Kiffin is a bad game. Ole Miss’ offense against Penn State’s defense would be a fun afternoon.

Not the flashiest of matchups but Utah has solidly been plugging along year after year under Kyle Whittingham.

Maybe the most appealing matchup of the bunch, Penn State facing Oregon would put the Nittany Lions up against former offensive coordinator Joe Moorhead and a fun-to-watch Oregon team. Sign me up for this.

Penn State has been stuck in a fairly predictable rotation of locations and the Peach Bowl being out of the playoff rotation this year could make Atlanta a fun trip. Wake Forest isn’t exactly the most interesting opponent but playing at Mercedes-Benz Stadium would be fun.

A slightly more interesting opponent but not the headliner some may have hoped for. Nevertheless, a cool stadium and city adds value to a Peach Bowl trip in other ways.

Phoenix is cool and all but nothing sums up the travel headaches of bowl season like putting two teams in a bowl game on the opposite side of the country. This would be an opponent rematch from 2018 and would also put Penn State up against former backup quarterback Will Levis. Interesting, but the location beats out the opponent in this case.