Home » News » Columns » Penn State Football: What to Make of Beaver Stadium’s Future — and When?

Penn State Football: What to Make of Beaver Stadium’s Future — and When? One of these could the game when a “new” Beaver Stadium is unveiled. Could be.

(I also was born in 1960 and after four decades of near-daily running, I got a new hip this summer. I’m guessing The Beav is in similar shape.)

Sandy Barbour said last week that it’s soon time for Penn State’s leadership to start asking the tough questions about not only planning for the stadium’s future, but acting on those plans as well.

We do know a few, general answers:

It will take a long time to renovate Beaver Stadium — Barbour sees it being done, rightly so, in stages. Whenever that actually happens.

And it will cost a lot of money.

And it is very possible that none of Penn State’s leadership triumvirate — president, athletic director, head football coach — will even be around to see any future renovation project run to its conclusion.

That’s a span of 1,205 days – 41 months — over four different years. And it doesn’t take into account all the months of lead-up work, design and planning that preceded it.

Let’s say Barbour & Co. go like crazy and get all of the following done in the next year-and-a-half:

They figure out the questions, come up with the answers, get the BOT’s (literal) buy-in, get plans drawn up, pick architects and builders, and then find the hundreds of millions to pay for it. At best, construction begins in a timely manner by May 2021. And that’s all the while fundraising for $70 million of Lasch and football facilities improvement is going on, in addition to other athletic facilities improvement plans outlined in the 2017 master plan.

At that rate, then, it could be until the 2024 season until we see a completed and new and improved Beaver Stadium. Maybe even 2025, if you want to be Hokie about it.

(And that’s not counting on any delays. The University of Tennessee, for instance, put its $340 million Neyland Stadium upgrade on a full two-year hiatus after it axed a football coach and an A.D., and also reduced its university board membership to 12 from 27. The Neyland renovations were approved in November 2017 and $180 million has been raised thus far; they might soon begin work.)

By the time any renovations at Beaver Stadium are completed — whatever they are — it will be a quarter century since the last batch were finished. It’s pretty unlikely all of Penn State’s Big Three will be around to see it to its fruition:

President Eric Barron’s current contract — his second with Penn State — ends June 30, 2022, at which point he’ll be a few months shy of 71. It’s easy to assume that Penn State will be his last job.

Franklin’s current contract — his second with Penn State — ends December 31, 2022. He’ll be just about a month shy of age 50. Franklin has joked that he has no plans to stay at Penn State for 60 years. The ’22 season will be CJF’s ninth at PSU and his 12th overall as a head coach; it’s not hard to envision him eventually landing in the NFL while he’s still perceived as a “young” coach or on national TV, where he is a natural.

Barbour’s contract with Penn State — her second with Penn State — ends August 31, 2023. She’ll be nearing 64. She’s said she wants Penn State to be last job, but has not committed to this being her last contract. It’s possible that she could stay another year or two to see the stadium project complete.

For now, though, they are the stewards of Beaver Stadium’s future.

Back in 1998, Joe Paterno himself noted there was a sense of urgency to renovate Beaver Stadium: ‘If we didn’t build it right now,” Paterno said back then, “the whole program would suffer.”

The past few years, Franklin feels a similar sense of urgency, although with the football funds funneled differently — to upgrade Lasch Building and the surrounding football practice fields and facilities.

The Beaver Stadium reno two decades ago cost $93 million. The recent and upcoming Lasch/football facilities may cost roughly the same — under Franklin, Penn State has already spent over $20 million and just approved spending another $70 million. (Key point: Franklin must raise the funds for Lasch himself, essentially; the 1998-2001 Beaver Stadium renovation money was approved from the get-go.)

Paterno saw the Beaver Stadium upgrades as a big ROI in the box office and for overall athletics’ revenue stream. Franklin sees the Lasch upgrades as an ROI in player caliber and four-star streams, which — if they produce wins — will help keep the #107k’s and the accompanying gate revenue flowing as well.

As Barbour explained last week, Penn State is still in the exploratory stages. Yes, Barbour and her No. 2 at the time, Phil Esten, rolled out some images of that The Beav back in March 2017, when PSU ICA announced its facilities master plan.

But they were nothing concrete. (And we’ll not just talking the brick façade.)

This time, there will be planning, design, approval and — most important — getting the dough.

SHOW ME THE MONEY

Plenty of money, too, even if it is not a complete an overhaul, which some informed estimates have put as high as three-quarters of a billion dollars, if Beaver Stadium is completely redone, inside and out, top and bottom. That’s unlikely.

So, how much will it cost?

It depends on the answers to Barbour’s questions, to begin with. But figure on $100 million to $250 million, for starters.

Franklin loves to benchmark, so here are the published costs for renovations to college football stadiums over the past decade, and their price tag (not adjusted for inflation):

Neyland Stadium, University of Tennessee (recently given the greenlight after a hiatus) — $340 million

By no means are these apples to apples.

Minnesota’s stadium is all new, from the ground up. Arizona State’s includes a student-athlete center, Washington’s has a sport medicine center, and Notre Dame’s comes complete with classrooms and myriad amenities for Domer sports and non-sports alike.

The Big House renovation project was done in 2010 and a decade later would cost tens of millions of dollars more. And Cal’s stadium, redone under the direction of Barbour when she was there, faced massive challenges due to its presence at an earthquake epicenter.

There should be a lesson or two with that one:

Come hell, high water and/or the threat of natural disaster, eventually big-time football schools need to tend to their stadiums — if they want their fans, the revenue and the victories to keep on flowing. 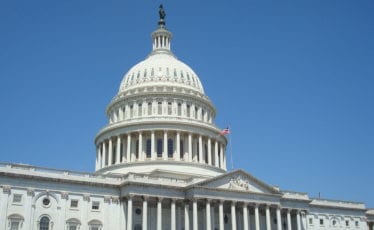 In challenging times it’s helpful to evaluate the current moments in our nation’s history as steps on a far longer timeline. There have been times like this before and as […]