Home » News » Community & Entertainment » Where Would an Action Sports Park Go? Here’s What a Committee Recommends

Where Would an Action Sports Park Go? Here’s What a Committee Recommends It’s not yet in anyone’s plans for construction, but an ad-hoc committee formed by State College Borough Council has recommended possible locations and elements for a proposed action sports park in the State College area.

The committee and Assistant Borough Manager Tom King on Monday night presented to council the results of the work conducted since the committee was formed last year.

Whitehall Road Regional Park — another long-gestating recreational space that is moving closer to fruition — was identified by the committee as the preferred location for an action sports park, which could include facilities for skateboards, rollerblades, scooters, BMX and mountain bikes, bouldering and parkour.

‘As of this point, no action sports park is currently on any plan or schedule, let alone on the drawing board,’ King said. ‘It may take several years for it to happen, if it happens at all.’

The committee and its work were the result of high interest in the community, King said.

Several of the possible locations, including the preferred spot, are not on borough property. The 100-acre Whitehall Road Regional Park, in Ferguson Township, has been in planning for nearly a decade by the Centre Region Council of Governments. Advancement of the project has been held up during litigation against Toll Brothers over the Cottages at State College development on 40 acres adjacent to to the planned park.

A master plan for the regional park, which is expected to be built in phases  was updated in 2013, though specifics will be developed through design planning. The first phase is expected to include multiple multi-purpose fields, community gardens, a dog park, walking path, playground and restroom building.

The borough began looking into an action sports park in 2014 and formed the ad-hoc committee last year after incorporating it into the five-year capital improvement plan — though no money or commitments are allocated for it. But the project was initially brought to COG as a possibility back in 2013 by BMX champion and local resident Jamie Bestwick.

Other possible locations identified by the committee included a YMCA-owned parcel near South Hills School of Business and Technology, Haymarket Park on Bristol Avenue in Ferguson Township, High Point Park on Whitehall Road in State College, Tudek Park in Ferguson Township and land at the borough maintenance facility on Osmond Street near Corl Street Elementary.

King said both the YMCA and Ferguson Township Manager Dave Pribulka were notified of the locations included in the report. With the regional park as the preferred location, however, council approved authorizing sending the report to COG, requesting that it be presented at a General Forum meeting and forwarded to the Centre Region Parks Capital Committee to be considered in the master plan for Whitehall Road Regional Park.

Centre Region Parks and Recreation staff participated in the committee’s meetings as well.

Grow said numerous criteria were evaluated when considering site locations and more than 50 local parks and lots were looked at.

Among the criteria was proximity to existing homes. Orchard Park in State College initially was identified in June 2016 by the borough as the sole recommended site but was removed two months later. Some Greentree neighborhood residents were vocal about their opposition to locating it at Orchard Park, or in any neighborhood park, primarily due to noise concerns and taking away existing park space.

Other factors considered by the committee included accessibility, available parking, environmental factors such as the need for tree removal or earthwork, existing infrastructure and safety and visibility.

Grow said that Whitehall Road best met the criteria. It would be located about 1 mile from the high school and 2 miles from Memorial Field, will be on several bus routes and, if approved, could have the space needed to accommodate various amenities.

Council member Theresa Lafer said she had concerns about the distance and skateboarders crossing a relatively busy Whitehall Road to get to the park.

Grow noted that the intersection to cross will be reconfigured and safer with the development of the student housing and the park.

Lafer also said the proximity to a large student housing development could pose problems as college students could crowd out younger people.

‘My concern is if we put anything this attractive right next to where Toll Brothers is going to put [1,200] undergraduates, there is no way our kids are going to get to use it,’ she said.

Grow, however, said the committee’s research found a dynamic of sharing and community among those using action sports facilities.

Peter Aeschbacher, who chaired the elements subcommittee, said that seven key activities were identified for an action sports park. Those include skateboarding, scootering and skating, which would take place on hardscape surfaces, and BMX and mountain biking, bouldering and parkour, which all involve a mix of hardscape and softscape.

For the skating, skateboarding and scootering, about one-half to 1 acre would be needed to accommodate street plaza features; transition, bowl and vert facilities such as a half pipe; and a flow course.

An earthen surface pump track for bikes would need one-eighth to one-fourth acre and a mountain bike skills track would require about one-quarter acre. A low-height climbing wall for bouldering would need a negligible amount of space.

Aeschbacher said an action sports park must also have shade and shelter, water fountains, restrooms and rest areas for non-participants. It could also have lighting for dusk or evening use.

The committee looked at three configurations. On a site of less than an acre some elements and space could be shared for biking and skating/skateboarding with the inclusion of a bouldering wall. A site of 1 to 2 acres could include elements for most or all of the key activities. Multiple sites could also be considered to accommodate skating, skateboarding and scootering at one and bikes at another.

If and when the park gets to the implementation phase, users and stakeholders should be involved in design planning, Aeschbacher said. High-quality construction and materials should be used and elements should be integrated to the surface, not modular.

A budget for maintenance should be included in the planning, as should any phasing or potential future expansion, in the case that not all activities can be incorporated and to anticipate changing interests over time.

When the park was under discussion in 2017, it was estimated to cost about $350,000 and would be funded by private donations and/or grants. 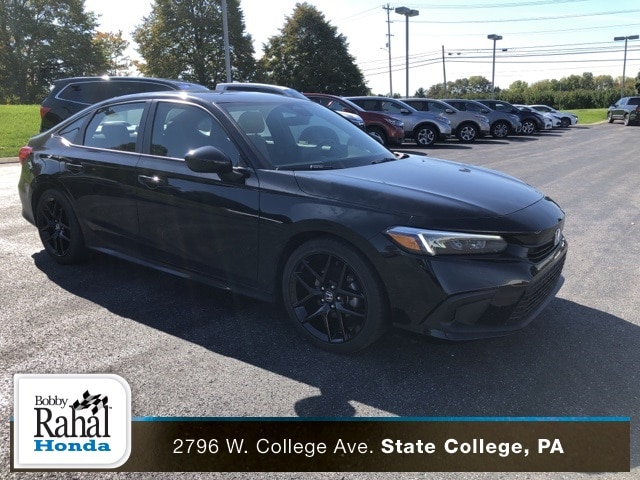