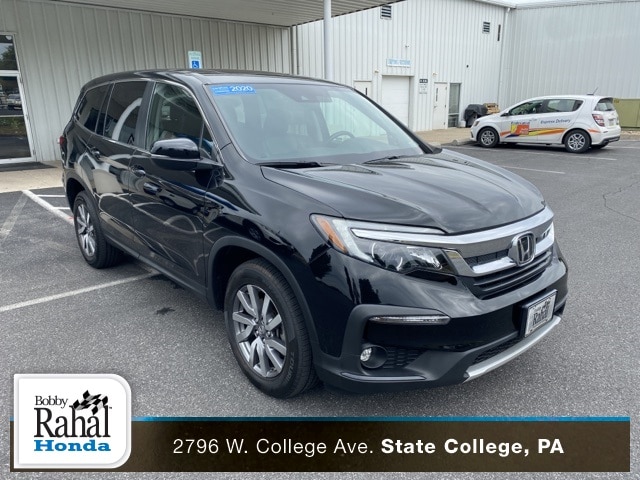 After a year of working on implementation of an ordinance adopted by borough council last summer, State College is close to rolling out a licensing program this fall to regulate short-term home rentals.

First, though, council is considering revisions to the ordinance to further mitigate impacts like neighborhood parking and nuisance issues. A vote on the amended ordinance is planned for council’s Aug. 15 meeting.

“We are getting close to finally getting over the finish line on a project that has been both challenging and time-consuming,” State College Planning Director Ed LeClear said at Monday night’s council meeting. “What we have learned through that process is that there are a number of areas in the ordinance that need to be strengthened before we go live.”

State College already had a licensing for long-term housing rentals, while bed and breakfasts and hotels are separately defined and subject to their own regulations. But before the ordinance passed last year, nothing was in place to govern rental of homes to short-term guests through Airbnb, VRBO or any other means.

Working with third-party vendor Granicus —a national short-term rental monitoring and regulatory solutions company that contracts with governments throughout the country — State College has identified at least 200 residential properties being used for short-term rentals, LeClear said.

The ordinance is meant to get a handle on those properties to confirm they are in compliance with zoning and taxing requirements. It also aims to ensure sufficient parking is available, address nuisance properties and identify tourist homes — residential properties that are solely used for short-term rentals and which are not permitted in most of the borough.

It requires that short-term rental properties be used as a primary residence for a minimum of eight months a year by at least one resident, which will be verified through documentation submitted during the license application process. Council last year also set a fee of $175 for the license, which must be renewed annually.

Among the most significant revisions to the ordinance identified by the borough and Granicus over the last year is a requirement that one parking space per bedroom rented be located on-site. The original ordinance required the same amount of parking but did not indicate it had to be on the rental property.

LeClear said staff encountered property owners who have directed guests to park in various places, from on Penn State’s campus to neighbors’ driveways, and without specifying and verifying where the parking would be, it would become nearly impossible to enforce.

“I think the intent [of the original ordinance] was to ensure there was enough parking on site so it didn’t spill over into the neighborhoods or cause other issues,” LeClear said.

Mayor Ezra Nanes said he understood the concern, but also worried it might be “burdensome for some homes,” such as those that are welcoming a family with just one vehicle but multiple guests.

It could be modified to some degree, LeClear said but the overarching goal is to limit rental activity and address neighborhood concerns about parking spillover. It would also become onerous for borough staff to verify the required parking if it were not on-site.

“But again, it’s something we’ve heard from the neighborhood associations that they have concerns about,” LeClear said. “I would argue that if council is not inclined to include the spaces on-site, we should just remove the parking requirement in general because it’s not going to be enforceable in a meaningful way.”

The proposed revisions also include an activity cap of 60 nights per year. As written, the ordinance has no limit on the number of nights a property can be used as a short-term rental.

Staff arrived at 60 nights by incorporating major event times such as each Penn State football home weekend, university move-in and move-out weekends and the Central Pennsylvania Festival of the Arts, and adding six more weekends. The cap is comparable to other ordinances in the region, though nationally communities with heavy tourism tend to have limits of 90 to 120 days, LeClear said.

“So we are on the more limited side of that equation but we also have very significant housing affordability issues and we recognize that we don’t want to see this use crowd out long-term affordable housing as well,” he said.

The amended ordinance would additionally place a limit of nine rooms that could be be rented at a time, a measure LeClear said is specifically targeted at fraternities.

“We’ve had a couple of fraternity owners who have been creative about asking, ‘Well, if I have a small fraternity living there, let’s say I’ve got six to eight fraternity members in the building, but it’s got 40 rooms, could we then be renting out the other 33 or 34 rooms on a short-term basis?'” he said. “It’s really to try limit that large fraternity building from just becoming a significant STR.”

He added it also recognizes that fraternities have alumni come back to stay in the house for special weekends.

“So we wanted to make sure this wasn’t becoming a business, but we also recognized that there is some limited alumni weekend especially on a football weekend,” he said.

Staff also recommended revising the ordinance to change the minimum standard to trigger a license requirement from any short-term rental use within seven days to within 30 days. LeClear said that is meant to address some property owners who use language in advertisements to make it appear as if they are not meeting the licensing threshold.

Revisions also would require property owners to submit an annual activity log and records of rental activities downloaded directly from their advertising platforms.

The amended ordinance would further include language noting the borough can revoke a license for activity cap and parking requirement violations, as well as establish fines to be determined for violations of the activity cap, in addition to existing penalties for failure to have a license and nuisance violations.

Five residents of College Heights spoke during public comment on the revisions, all citing a single home in their neighborhood as they urged council to adopt the changes.

That home’s owner is out-of-state and has used loopholes to run a regular short-term rental business, they said. Jared Oyler said by his count the property had 15 stays in 41 nights, bringing 42 cars and 91 guests — including one party with 20 people and 13 cars.

Neighbor Jennifer Baka said guests have taken to parking on the sidewalk and at the former College Heights School property, which is owned by Penn State.

“This has really become a headache,” she said. “I love living in College Heights but we’re slowly seeing the character erode because when houses become available for sale, they’re becoming football homes. Quite frankly, I didn’t decide to live in College Heights so that I could live next to a de facto hotel… This is a really family-friendly community and I want to see it survive and thrive. I think that means having people living here on a long-term basis.”

Resident David Geiser said the neighborhood is zoned R-2 residential, “and the things we’ve been seeing happen over the last five months, that’s not something that should be happening in an R-2 neighborhood.”

“I think people are mostly reasonable about it,” Geiser said. “People who actually live in the house and for a few weekends a year are going to rent it out through these, I think it’s going to be OK. In this case, we’ve got somebody who doesn’t live around here. It’s somebody who lives in Virginia who owns the house.”

If the ordinance revisions are approved by council at its next meeting, short-term rental licensing “will proceed quickly,” LeClear said.

Granicus would finish work on the license application website and borough staff would finalize training and internal reporting procedures in late August to early September.

In early to mid-September, the application web portal would go live and initial mailings will be sent to identified properties, while an information campaign also would be launched to raise awareness.

The tentative deadline for initial license applications would be mid-October. Property owners will be able to complete the entire application process and renewals online.

Applications will be reviewed and licenses issued on a rolling basis, LeClear said.

Short-term rental licenses also will be integrated with the nuisance property system at the time they are issued. The license will be suspended when 10 or more points are accumulated for nuisance and criminal violations within a 12-month period. Appeals filed within 10 days of suspension will go directly to the Rental Housing Revocations Appeals Board and a hearing will be held within 20 days of receipt of the request.

Applications require proof the dwelling is a principal place of residence at least eight months a year for either the owner or a tenant with a lease, as well as general liability insurance that covers rental activity.

Applicants must confirm whether they receive the homestead exclusion on real estate taxes on the property and acknowledge that information submitted will be provided to relevant taxing authorities.

The name and contact information for a person in charge within 25 miles of the property is also required.

Once a license is granted, it is good for one year and must be displayed at all times within the location. The license number also must be included in any advertisement for short-term rental.

LeClear said he believes the ordinance is stronger overall after the proposed revisions, noting the ways some property owners had been “creative” in skirting the requirements of the original ordinance.

“As we were working with them it’s been pretty challenging to encounter some of the ways that individuals have been working with the ordinance and questioning different aspects of how we would enforce it,” he said. “That’s led to some suggestions for revisions tonight.”

“The end result here, I think, is a tighter ordinance.”