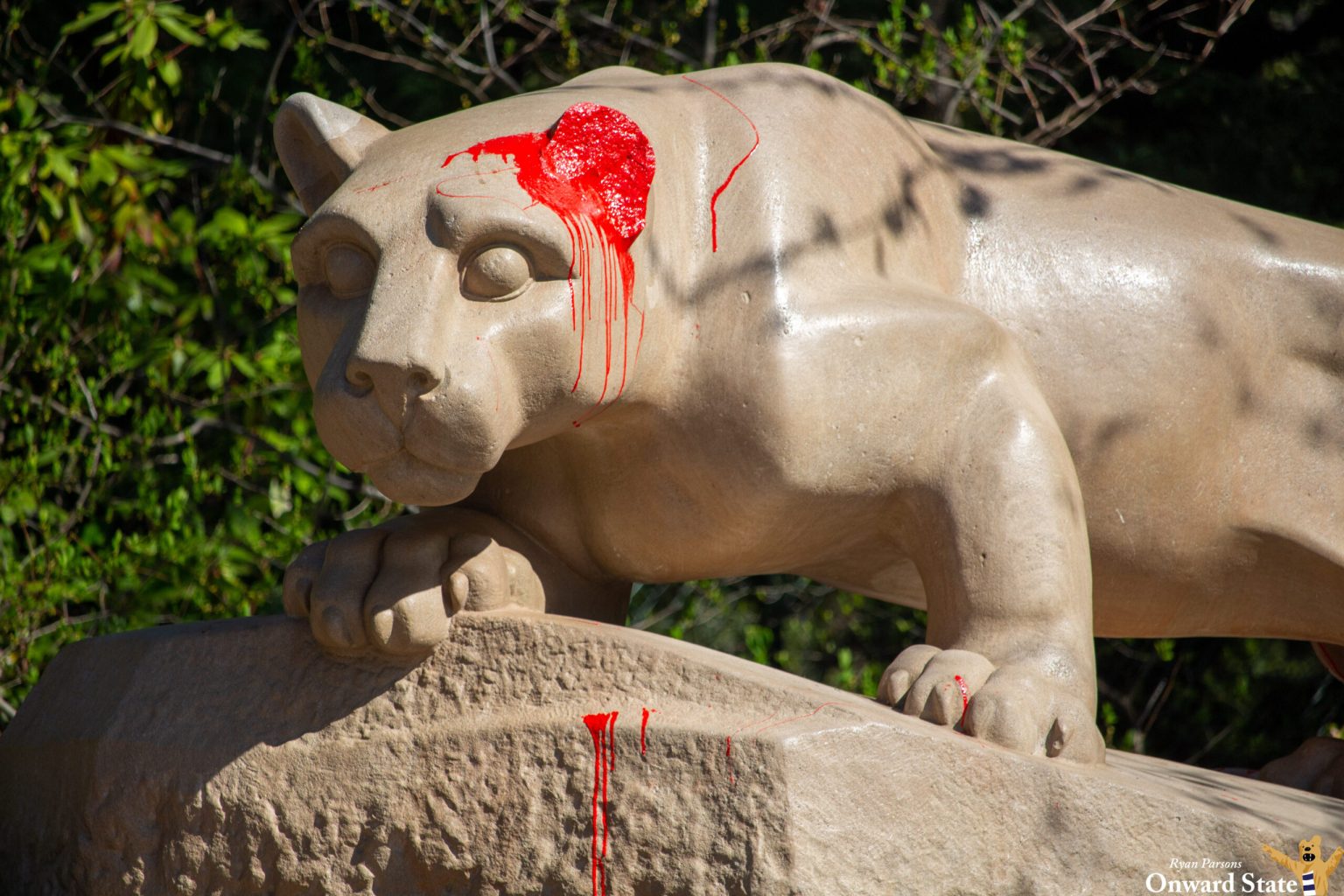 Penn State campus landmarks, including the Lion Shrine, Old Main and the Hintz Family Alumni Center, were the targets of a vandalism attack that was discovered on Sunday morning.

University police established a perimeter around the Lion Shrine, which was blemished by a red paint and had an ear broken.

Penn State said in a statement that the area will be fenced off and not available for commencement photos as police conduct an investigation. Commencement ceremonies are taking place through Sunday afternoon.

At the Hintz Family Alumni Center an entrance was covered in red letters that read “FTG” and a note stating “Should have listened when you had the chance” was written on a window. The note was signed by “ADG.”

“These are profoundly disturbing acts, at a time when many families are taking photos and celebrating the educational accomplishments of their graduates,” the university statement added.

Penn State Police did not have any additional information or comment. Anyone with more information is encouraged to contact University Police at 814-863-1111 or submit an online tip here.