The dining room of Poppy & Co. Café in downtown Philipsburg feels like the set of a TV show: restaurant owner Jenny Horton greets her regulars by name, often with a wink, some friendly teasing, and a hug.

“It’s definitely family-oriented,” Horton says. “We yell at our customers – I think they like that. We give them a hard time, ask them where they’ve been if they haven’t been here for a while. We know everybody by heart. We have everybody’s phone number, just in case they’re not here for a couple of days; we worry about them. We call, we check on them, we take them dinners, we even take them to their doctor’s appointments. I mean, we go a little bit above and beyond for our customers, but they have our back as much as we have theirs.”

The family atmosphere of Poppy’s is certainly a welcoming one, which explains why so many diners return every day of the week to enjoy the café’s homemade meals and the warmth of the close-knit, spunky staff. Horton runs the café with a cook, her mother (known as “Mommy”), and the mother of one of her friends.

What also inspires a loyal following of locals to frequent Poppy’s is the restaurant’s dedication to the community.

“During COVID, we were giving away about 150 meals a week, and delivering them,” Horton says.

Poppy’s has also donated food for Meals on Wheels, providing home-cooked food to people as far away as Kylertown and Hawk Run.

“We were doing what we could do here,” says Horton.

‘A turn for the better’

Horton started her journey in the restaurant business as a waitress in Clearfield.

“I loved it,” she says. “I liked the social part of it – and the tips. When you’re young, you like having that money.”

Horton then opened the Gaslight Café on Presqueisle Street in Philipsburg in 2002. She sold it after 11 years and went on to manage the Philipsburg Country Club for four years. When the space where Poppy’s is now became available six years ago, Horton jumped at the chance.

“I missed having my own place, being my own boss,” she says. “We’ve been here ever since.”

Horton describes the ambience of Poppy’s as “comfortable, homey, and quaint.” Large dining tables allow groups of family members and friends to sit together. There is cheerful décor everywhere you look, and lively banter keeps the mood upbeat. A “Bargain Boutique” at the back of the restaurant features farmhouse goods for sale and pieces from local artist Ben Sagesse.

“Everybody who works here, if they want to bring something in from their house, we throw a price tag on it and sell it!” Horton explains.

Horton says she likes being downtown and credits Faith Maguire – events coordinator of the Philipsburg Revitalization Corporation – with helping the restaurant to secure a façade grant. Poppy’s is in the process of painting its back entrance, and Horton says she’d like to “see this building flourish” and “pretty-up Second Street a little bit.”

“When I had the Gaslight, [Philipsburg] was kind of like a ghost town, but I have seen things make a turn for the better,” she says.

‘We have an eclectic menu here’

Horton says she hesitates to describe Poppy’s style of food as “American,” because the café’s ever-changing specials “really give you a little taste of everything.”

“I think that’s another thing that brings people in,” Horton says. “We have unique menu items.”

Poppy’s is noted for its Polish Platter, house-made sweet and sour dressing, and homemade soups. The café also serves Chinese, Thai, and Italian cuisine on occasion.

“We have an eclectic menu here,” Horton says. “We try to be versatile.”

Horton says “COVID kind of killed us,” so the café did its best to think outside of the box by offering take-away casseroles for families of four. Poppy’s also opened up a candy shop and ice cream parlor, which was opened late in the summer of 2020 and attracted “boys on bikes,” whom Horton calls with a smile “a new set of regulars.”

“We had a younger loyal following there, so it was nice to see,” says Horton.

Poppy’s will be featuring a new, expanded menu come February. On the weekends, the restaurant serves as a rental space for catered bridal showers, funeral luncheons, meetings, and so forth. In non-COVID times, the upstairs will serve as an entertainment venue for dinner theaters and bands.

Looking around her bustling café, Horton concludes fondly: “I love our customers. Dearly. Our customers aren’t customers. They’re our family. Poppy’s is unique – and I wouldn’t give it up for the world.” 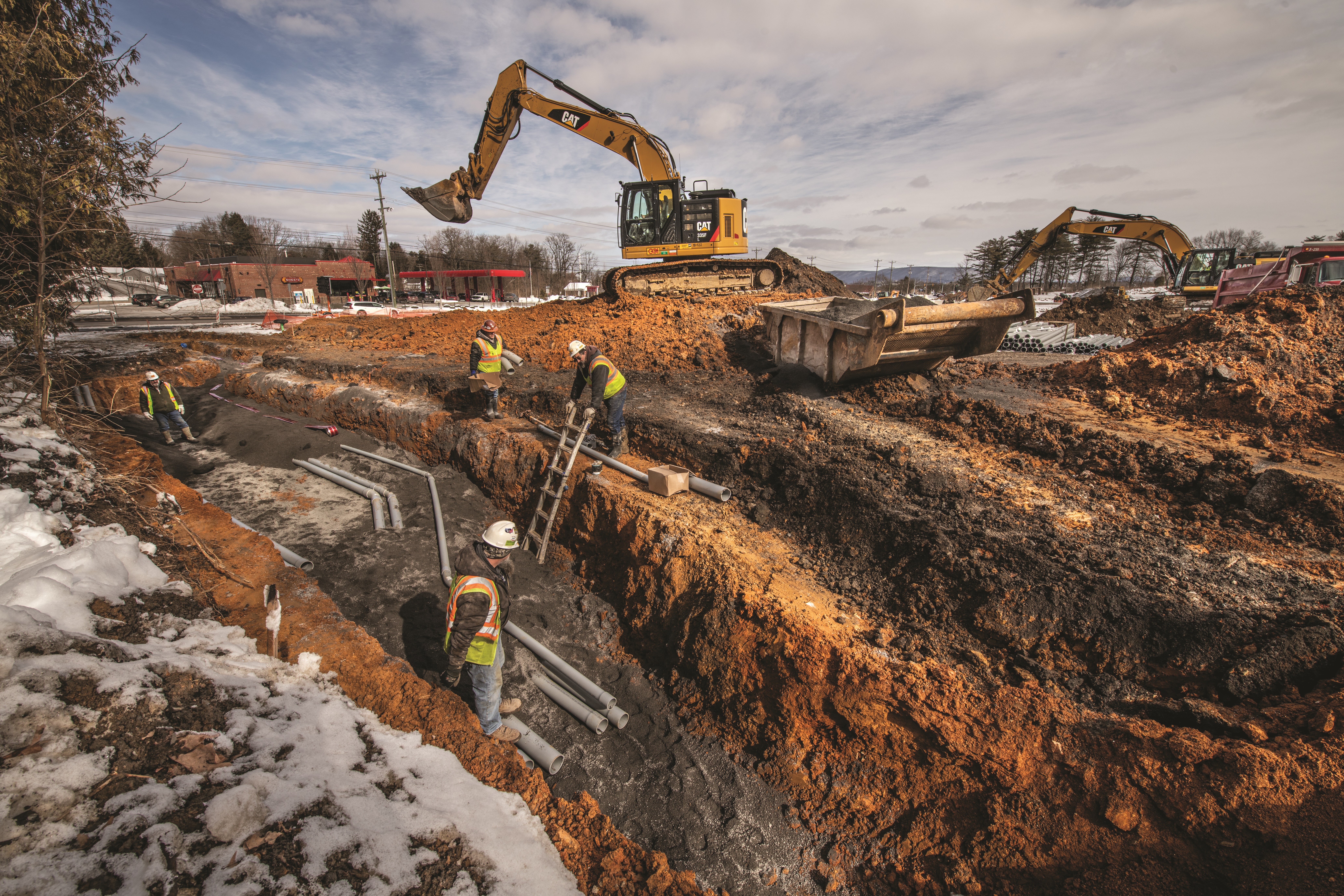 Changing Landscape: Developments in the works at 3 former mobile home parks promise a big impact on the Centre Region, and its housing stock

Three big changes to the housing landscape in the Centre Region happened nearly back-to-back-to-back, beginning nine years ago. In 2012, the Penn State Mobile Home Park in Patton Township and […] Letter from the Publisher
March 4, 2021 Bernard A. Oravec, Town&Gown

It has been one year since we first learned the true impact of coronavirus. It is hard to believe that we have been dealing with this since last March. While […] Enduring the seclusion of the shutdown caused by the pandemic in the past year and approaching her 88th birthday, Mimi Ungar Barash Coppersmith has made the difficult decision to step […]