Bank Planned for Next Phase of Patton Crossing Development 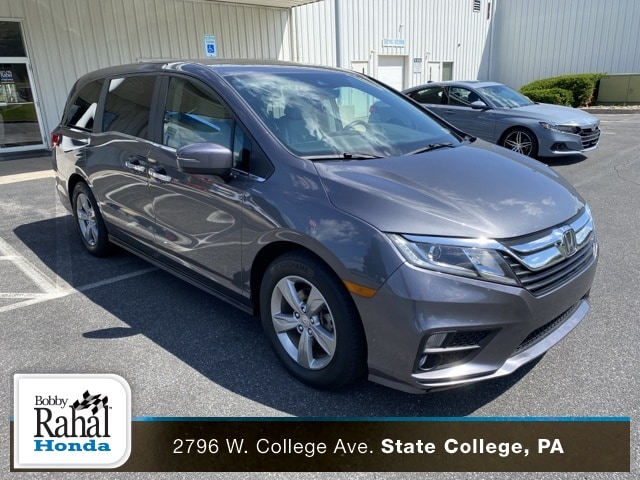 ‘We Had Ink in Our Blood’ Chronicles Daily Newspaper Rivalry From 1968 to 1977, Centre County had two competing daily newspapers: the upstart morning paper Pennsylvania Mirror and the Centre Daily Times, then an afternoon edition.

The Mirror’s birth and death and the brief rivalry between the two newspapers are chronicled in the new book ‘We Had Ink in Our Blood,’ co-edited by Terry Nau, who worked at the Mirror, and R. Thomas Berner, who worked at both papers.

Available from Mt. Nittany Press, an imprint of Eifrig Publishing in Lemont, the book includes chapters written by former staff members from both papers. Jim Houck and Timmy Weinstein Shanahan also wrote chapters about their fathers, Paul Houck and Jerry Weinstein, former editors of the Mirror and CDT, respectively.

The book is dedicated to the late Dennis Gildea, who worked for both newspapers and created the fictional sportswriter, T. Wes Brillik. Gildea died on May 3.

A two-hour book sale and signing, featuring the editors and several chapter authors, will be held 4-6 p.m. on Thursday at the Lemont Village Green. Admission is free and masking and social distancing will be required.

Nau and Berner will discuss their book and what inspired them to solicit stories from former reporters and photographers. Other contributors scheduled to attend are Greg Guise, Dave Baker, Jim Houck and Timmy Weinstein Shanahan.

A celebration of life for Gildea will follow at 6 p.m.

Ahead of the signing, Nau and Berner shared their thoughts on the book and the era it recounts.

‘When Tom Berner and I came up with an idea last March to produce a book about the short-lived newspaper rivalry in State College between the Centre Daily Times and the Pennsylvania Mirror back in the 1970s, neither of us imagined what kind of memories this project would shake loose,’ Nau wrote. ‘We had both grown up elsewhere in Pennsylvania, served in the military and worked at our hometown newspapers before arriving at the main campus in the mid-1960s. We did not know right away how important State College would become in our lives.’

What memories did the book process stir up?

NAU: I wrote about meeting Pat Daugherty for the first time on an intramural field in the summer of 1970. Pat was short of players for his Tavern softball team and recruited me and another friend to fill out his lineup. A Tavern waiter and college student at the time, Pat would eventually become owner of the Tavern, and a local legend. His uncle was the famous Michigan State coach, Duffy Daugherty, so we made Pat a member of the Mirror’s crack football prognosticating club in 1972.

BERNER: When I interviewed with Paul Houck for a job at the Mirror, I assured him that even though I was a student, I wouldn’t bail during the break between terms, even though the coming break was Christmas. Little did I know that State College essentially shut down during break. It was hard finding open restaurants and bars, especially between Christmas and New Year’s.

NAU: Our book, titled “We Had Ink In Our Blood,” featured 19 chapters written by or about former CDT and Mirror reporters, photographers and editors. One chapter came from former CDT sports writer Ron Bracken, who related the story of how he got into the newspaper business. At age 23, married and with a young daughter at home, Ron dropped out of Penn State and took a job writing borough ordinances for Penns Valley Publishing, which rented space in the old CDT building on South Fraser Street. Bored with the tedious job, Ron asked sports editor Doug McDonald in 1967 if he had any high school games to cover, and Doug (who had no staff save for himself) quickly found Bracken work. Ron stayed at the CDT for 42 years.

BERNER: I’m always delighted to read about journalists who got their start on the high school newspaper. That’s what happened to me, although it was because I had a crush on the editor, not any passion about writing. To this day I am pleased to be a modest financial supporter of Penn State’s high school summer journalism workshop. Get ‘em young, I say, and they’re yours for life.

NAU: The book introduces a whole cast of characters from that long-ago newspaper world where reporters still banged out stories on typewriters, and after deadline hustled into State College for last call at bars like the Phyrst, Skeller, Shandygaff, Saloon, Brewery, My-O-My and Myers Bar & Restaurant, to name a few. Mirror scribes were making roughly $120 per week but that went a long way in the 1970s, when sustenance mostly came from pizza and 25-cent draft beers.

BERNER: I got married early in my Mirror life and that cut down on my bar visits. And at the CDT, I opened the place at 6 a.m. so any thought of drinking a lot the night before was just that—a thought.

NAU: Some of my strongest memories come from things we did in State College when we weren’t working. Like eating lunch at the Corner Room and eventually getting up the courage to sit near former football coach Rip Engle, who always showed up at the same time each day. One day I asked Rip if he would appear on the cover of our Mirror football section with his protégé, Joe Paterno, who by now had become a nationally famous coach. Rip and Joe showed up at the Nittany Lion statue on a snowy October day and posed for a picture that both men seemed to appreciate. Joe, taking time from his busy world, and Rip, retired, gracious as always, smiling and perhaps remembering when he was the head coach at Brown and Joe was his quarterback. That had been just 23 years earlier in their lives, and so much had changed.

BERNER: I worked with a lot of good people but my most enduring relationship was with Bill Welch, who was the managing editor of the CDT when I was the city editor. He later followed me onto Borough Council and then became mayor. We were part of a weekly luncheon group called Young Writers and it was always a pleasure to see him once a week and hear his tales of growing up in State College. Bill Welch, right, edits a story at the CDT in April 1978. Photo provided

NAU: The book reminded me of why State College always remained close to my heart, even though I left in 1977 and returned only occasionally over the years. The friends I made were unforgettable. And there was nothing like a football Saturday in autumn when the town filled up with excited fans who didn’t go home until early Sunday morning. In those days, the stadium held maybe 60,000 fans, so the town was less crowded at night. I sort of miss that State College from the 1970s, where you could find parking spaces on College Avenue and not even have to feed the meter. The Mirror was my favorite job in 42 years of sports writing because of that sleepy college town from the 1970s.

BERNER: Like Terry, I miss the State College of the 70s. One of the things I liked about working at the CDT was being downtown and people would just drop in the newsroom. I realize we had to move but being in Dale Summit wasn’t the same as being downtown. And now security is so damn tight, you need a Delta team to get past the front door.