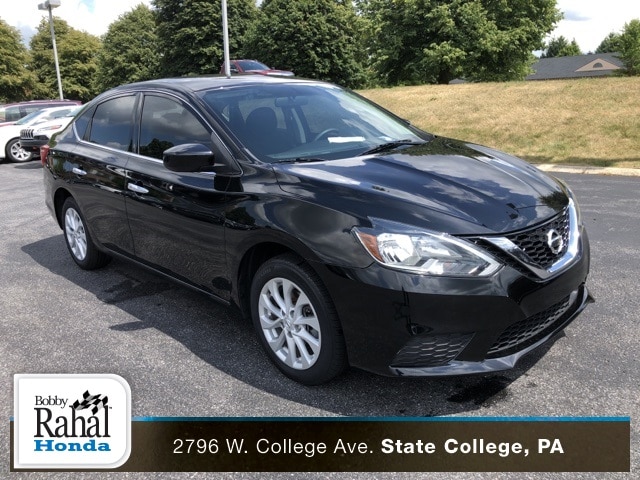 Opinion: Nittany Mall Casino Is a Bad Bet for Our Community’s Future The Centre County Airport Authority is looking to bring another major connection to University Park Airport, and county and local governments are pitching in with an “incentive” package to strengthen the effort.

The authority is in talks with American Airlines about establishing a minimum of two flights a day, six days a week to and from Charlotte Douglas International Airport in North Carolina.

Centre County’s Board of Commissioners on Tuesday approved a commitment of $250,000 from the county’s $31 million in American Rescue Plan funds toward an incentive pool that will be offered to American to assist with upfront costs if the airline decides to provide the expanded service.

“As we all know, expanded air service is really one of the keys to attracting new businesses, expanded businesses in our region,” County Administrator Margaret Gray said. “We’ve been told numerous times that if we could expand air service in and out of University Park Airport that we would stand a much better chance of attracting additional businesses to the county. Furthermore, expanded air service for our residents opens up lots of tourism possibilities and lots of opportunities for our residents to travel outside the Centre Region and Centre County.”

Commissioner Michael Pipe said the airport authority cannot use its own operating funds to incentivize airlines, so the county has led an effort to develop an incentive pool of at least $500,000 with contributions from several municipal governments, using their American Rescue Plan or dedicated economic development funds, as well as private sector commitments.

Penn State led a similar effort in 2012-13 with a $500,000 incentive to attract United Airlines to bring service from University Park Airport to Chicago O’Hare.

Patton Township’s Board of Supervisors approved last week a $12,500 commitment from Rescue Plan funds. State College is expected to contribute $25,000 and College Township Council will vote on a potential $10,000 pledge from capital reserve funds during their meeting on Thursday. Ferguson Township, Benner Township and Bellefonte also are considering contributions. Harris Township supervisors declined to provide any funding.

A local contingent is meeting with American Airlines officials on Sept. 22 to present the incentive package. Local funds for the incentive are dependent on American taking up the offer, so county and local governments will not be on the hook if the route doesn’t come to fruition

Pipe told Patton Township supervisors last week that if American moves forward with the new route, it is expected to be in service late this year or early 2022.

Charlotte is the 11th busiest airport in the United States by total passengers and offers nonstop service to 175 destinations, including 33 international cities.

On Tuesday, Pipe said the Charlotte flights would add another major hub connection, increasing tourism opportunities to and from the area and giving a boost to the airport.

“Charlotte really links them with a lot of other possibilities. That’s very exciting,” he said. “The opportunity we have to boost the airport as we come out of the pandemic, it took a real financial hit in the previous 18 months, but this would allow them to see a lot of that travel return.”

“I think one of the real benefits of this is you’re going to start seeing a lot more interest from Fortune 500 companies that really want to have a presence here in Centre County,” Dershem said. “It will give them the opportunity to have the transportation base that they require for their business models.

“One of the things that continually is a discussion is that when businesses look at Centre County as a landing place for new operations is our seeming lack of connectivity, particularly to a major hub like Charlotte. This will add one other element to that conversation.”

Higgins said a new route to a major hub also will help businesses that have started and grown in Centre County.

“Even for the businesses here already, we have more and more of our startups and entrepreneurial companies that are not just dozens of people anymore,” Higgins said. “They’re now a couple of hundred people. That includes managers, salespeople, customers, suppliers who all would prefer to fly into the very conveniently located airport and pop over to their customer or their supplier in 10 or 15 minutes.”