Home » News » Community » Nature’s Ways: One of Everyone’s Favorites — the Eastern Bluebird
Sign up for one of our Newsletters!

Nature’s Ways: One of Everyone’s Favorites — the Eastern Bluebird 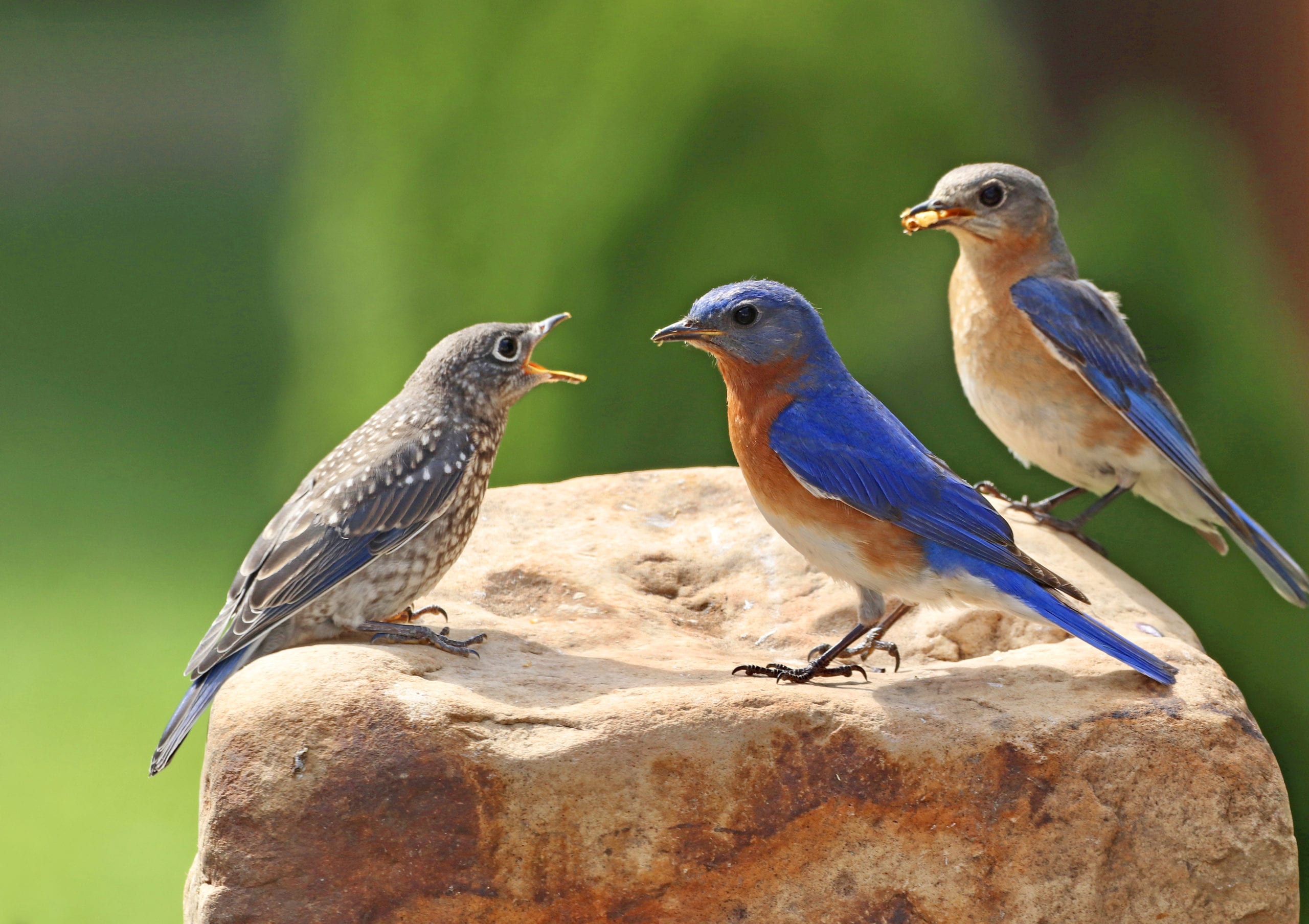 Small flocks of brilliant blue and orange birds will soon be redecorating the shrubs and sumac thickets in open areas of Centre County. The eastern bluebird is a “temperate migrant” as opposed to a “tropical migrant.” It migrates southward only into the southern states — rather than flying the entire way to the tropics or subtropics.

Twenty years ago, I would have accepted that as the entire story, but I now see bluebirds in central Pennsylvania during every month of the year. In 2020, my daughter and I tallied six during our Dec. 27 Christmas Bird Count in the Marsh Creek Valley. A week earlier, during our Dec. 19, Culp Circle CBC we spotted 15 bluebirds along our route in Blair County. I saw a lone male bluebird at the Soaring Eagle Wetland on March 13.

Bluebirds will come to birdfeeders during the winter, but you need to offer live or freeze-dried mealworms to attract many. I have had no luck with the blue-tinted suet nuggets that are supposedly made just for bluebirds.

Many bluebirds migrate through the Keystone State during the fall, some stop here and stay the winter. Some of our summer resident birds move south for the winter and some stay.

Bluebirds are small members of the thrush family — related to the robin and wood thrush. Eastern bluebirds measure about seven inches long. Both sexes wear blue feathers on their backs, tails and wings, and have rust-colored upper breasts, with white on the bottom. The males have richer colors and a far more striking plumage. They are called “eastern bluebirds” to differentiate them from the similarly colored “western” and “mountain” species of bluebirds that are found in the western states.

Every county of Pennsylvania harbors a few bluebirds. They are least common in and around Philadelphia and Pittsburgh, and in the heavily-forested northcentral mountains. Their favorite habitats have a mixture of open areas and trees, with the open areas making up most of their territory. Look for bluebirds in farming areas, such as Halfmoon or Bald Eagle valleys. They like cemeteries, parks, golf courses and pastures.

Bluebirds will catch insects on the wing or locate them on the ground, with grasshoppers and crickets staple summer foods. Although insects are their favorite food, fruits make up the bulk of a bluebird’s diet during the winter. Fruits from sumac, greenbrier, spicebush and wild rose and others are eaten.

Bluebirds are secondary cavity nesters that have greatly benefited from manmade nesting boxes. A “secondary” cavity nester is a species that needs a cavity to incubate and raise their young, but they do not excavate their own cavities. Programs by the Pennsylvania Bureau State Parks, the Pennsylvania Game Commission and private groups have helped bring thousands of fledgling bluebirds into the Keystone State. Nest box programs and the banning of DDT have been credited with bringing the bluebird back from extremely low populations 60 years ago.

Between 1981 and 1988, according to the “Atlas of Breeding Birds in Pennsylvania,” nearly 10,000 bluebirds fledged from boxes erected and monitored by volunteers with the Bureau of State Parks. This volunteer effort continues through today and that is why I can always find a bluebird at Canoe Creek or Bald Eagle state parks.

It is not a winter warm spell that brings the migrating bluebirds north. They almost always return to Pennsylvania in late February, even when we have two feet of snow.

Males will soon stake out suitable nesting sites and try to attract a female. In fact, they are already investigating nesting boxes. Mating and nesting will occur by late March or early April.

Bluebirds typically lay four to six light blue eggs, which are incubated by the female for about two weeks. Both parents feed the nestlings, and in less than three weeks, the young fledge the nest. A second nesting often occurs in June.

Not many species of birds are fortunate enough to have an organization specifically devoted to them, but bluebirds do. The Bluebird Society of Pennsylvania, an affiliate of the North American Bluebird Society, is active in many counties across the state. In a typical year, their members help to fledge nearly 5,000 bluebirds from the boxes that they monitor in more than 30 counties. Check out their website at www.thebsp.org.

Better clean out your nest boxes or put out new ones, because the small groups of bluebirds have been known to huddle inside nest boxes on cold late winter nights. In a few weeks, those man-made boxes will also become the nesting sites for bluebirds all across the state.

Consider building a bluebird nesting box and erecting it in a suitable habitat. The Pennsylvania Game Commission sells kits or completed boxes, which are available at the Commission’s Howard Nursery. Plans to build one can also be found online.

Mark Nale writes about the outdoors for The Centre County Gazette.