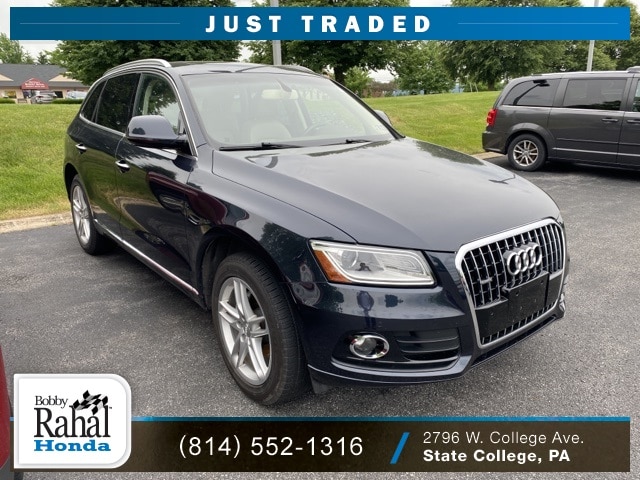 Search warrants that were unsealed in Centre County Court on Friday reveal at least two male Penn State student-athletes were targets of sexual extortion by someone they met online.

According to the search warrant applications filed by university police, the men, identified as Victim 1 and Victim 2, separately engaged in September 2021 with a a woman who obtained explicit photos of them and demanded they send more or else she would publicly expose them.

Nearly three dozen videos and photos were sent to the woman, including videos of group sex involving multiple males and a female and 19 recorded in the Penn State football locker room showing athletes in varying states of undress, police wrote.

Investigators wrote that social media searches found the same person has extorted high school and college athletes in six states. According to the warrant, one of the men reported that five student-athletes at Penn State were extorted by the woman.

On Sept. 26, 2021, one of the student-athletes contacted athletic department staff and police to report the extortion. He told investigators that earlier in the month he met a woman, who later identified herself as Li, on a dating app and exchanged sexually explicit pictures with her. Li then sent him a message stating “If you don’t do what I tell you to do, I’m going to expose you. I’ll post you pictures under [football coach James] Franklin’s page,” according to the warrant.

Li allegedly wrote that she “likes doing this to athletes.”

She added the man to a group message on Snapchat with other victims who told him to do what she said or “it would be bad,” according to the warrant.

“I didn’t feel like I had another choice,” he told investigators.

The other student-athlete identified as a victim told investigators he met the same woman when she sent him a friend request on Snapchat. According to the warrant, she gained access to his account and obtained a nude image of him.

He did not comply with her demands to send additional photos and she later replied to a Tweet by Franklin with a link to the nude image she had obtained and his name, which is redacted in the warrant.

Search warrants were served to Facebook/Instagram, Twitter, Snapchat and Dropbox last fall for identifying information about the user.

Centre County District Attorney Bernie Cantorna said the local case was closed in June, in part because the student-athletes did not wish to pursue the matter. A federal investigation, however, is ongoing.

The entire case, including search warrants, was sealed by a Centre County judge on June 23 at Penn State’s request and without the involvement of Cantorna or Prothonotary and Clerk of Courts Jeremy Breon.

Such a move is “rare” and “should not happen absent extraordinary circumstances,” Paula Knudsen Burke, the Pennsylvania attorney for the nonprofit Reporters Committee for Freedom of the Press, said after three media outlets — the Centre Daily Times, Spotlight PA and WJAC-TV — sought to intervene to have the documents unsealed, according to Spotlight PA.

John Snyder, attorney for the university, wrote in the motion to keep the documents and future filings sealed that unsealing them would “result in great personal embarrassment and insult” and damage the privacy interests of victims.

“…The University’s concern was focused on potential student victims and their right to privacy in this case, and the possible irreparable and irreversible damage that the immediate unsealing of the records could impose,” Penn State spokesperson Lisa Powers said on Friday. “There was never any intent to permanently seal the warrants, only to redact the names of victims.”

President Judge Pamela Ruest issued an order to unseal the documents on Thursday after Cantorna, through his attorney, filed to have a preliminary injunction dissolved.

The DA’s office wrote in a motion that the university had no standing to file for the injunction nor basis for preventing access to information of public interest that could warn the community about possible criminal activity.

A statement from the university said Penn State police consider the investigation to still be open.

“The University takes these matters very seriously and asks anyone with information on this case — including additional victims — to contact police at 814-863-1111,” the statement said. “Anyone who believes they have been a victim of a similar situation also is urged to contact the police.”